“My Questions For Pastor Chris Regarding The 5G, Covid-19 And Antichrist Analysis He Made” — Gideon Chukwuemeka Ogbonna

4/07/2020 06:34:00 AM Posted By Admin
This will be my last post on this topic. I respect Pastor Chris. His messages have helped me. But if I see him, I will like to ask him the following questions: 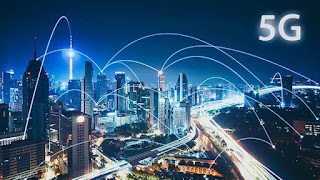 —Why would you kick against 5G and vaccines as Antichrist agenda without kicking against the previous technologies that led to them? You use a smartphone. At present, sim cards are now nano chips. We don't see them as evil. You use 3G, 4G, yet you didn't kick against them. Since mid-2000s, scientists have been working on using chips implanted in the body as drug delivery systems. These chips have been tested over the years. Yet nobody raised a dust.


—Are there no Christians in Norway? Norway is said to have the fastest internet network in the world. It is said that their internet network can be compared to what can be gotten from 7G or 8G. Not even 5G. You talked about the world systems trying to bring a technology that everyone will embrace, so if 7G or 8G is obtainable, why are they settling for 5G? To network the world, they should use something spectacular. Don't you think?


—Why are we talking about networking the world in 2020? Did the advent of the internet not link everyone together? You have ATM cards assigned to your identity. You have BVN. You use smart phones that recognize your fingerprint. Your personal data are scattered all over different apps. Why haven't we spoken up about these? How come the church has adopted technologies that are speculated to be the tools of the Antichrist? Didn't 3 billion tune to the global prayer? If that isn't networking the world, then what is?


—Is the Antichrist a diplomat? If these theories are true, won't all the protests land on deaf ears? If these theories are true, will there be explanations to calm the anxiety of people? Won't the people involved do what they want without any consideration? Do you think that they need people to stay at home before they do what they want? Did the world even know when 3G and 4G masts were installed? Didn't we all wake up one morning to learn of 4G-enabled phones and sim cards? Does the Antichrist give people a choice to do what they want?


—Paul tells us in 2 Thessalonians 2:7 that the work the Antichrist will do when he comes is already going on. (That means even in the days of Paul, the works of the Antichrist have been happening.) So why are we talking as if this is all new? Which brings me again to my first question: Why are we fighting now? Did the church lack discernment of everything that has led to this moment?

Next article Next Post
This Is The Oldest Page

Get the best viral stories straight into your inbox!

Next article Next Post
This Is The Oldest Page